Bringing the Thrill of a Dogfight to the Page

Bringing the Thrill of a Dogfight to the Page 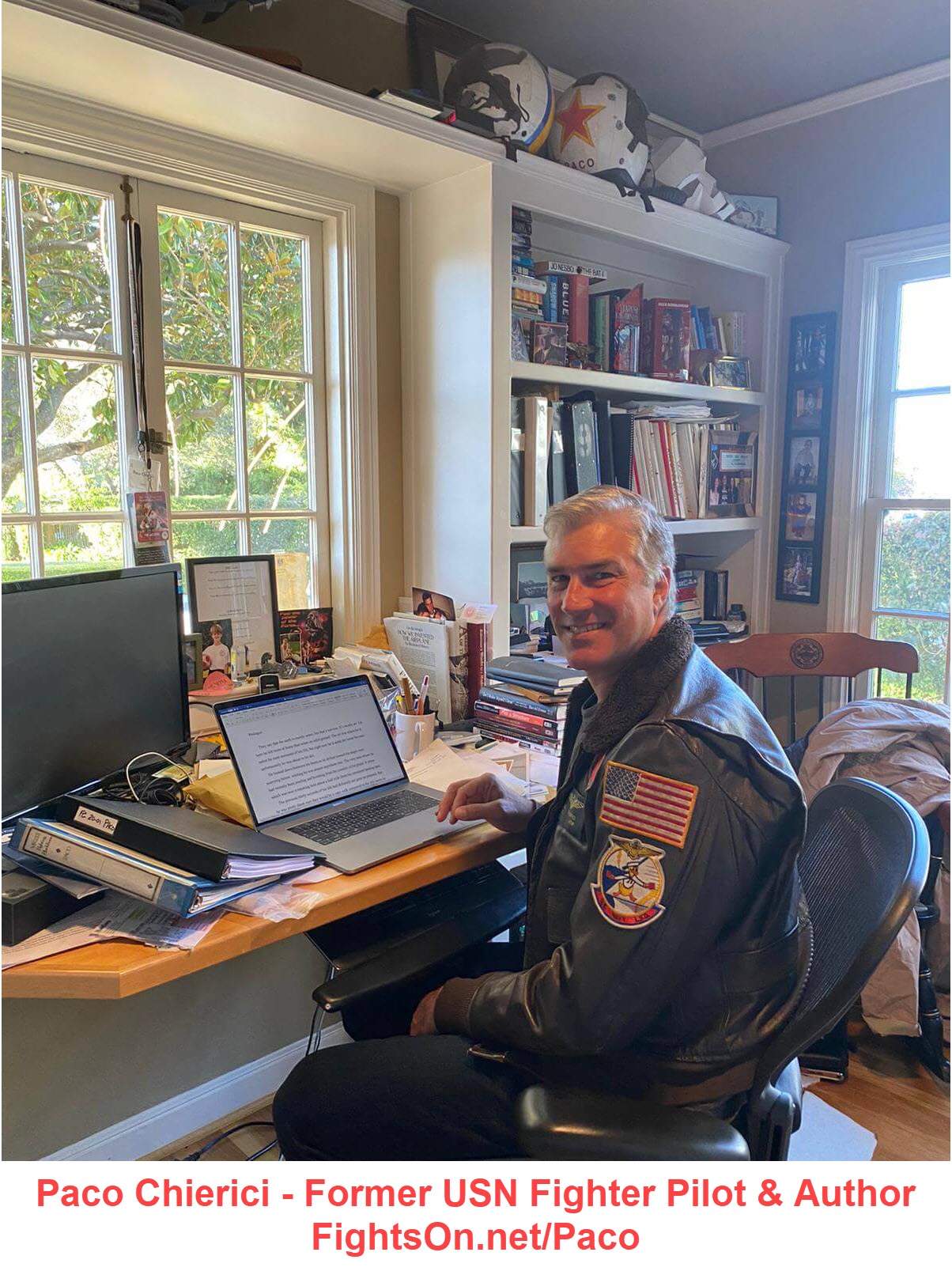 Life is a story. And life lived on the edge is usually a great story. When I was flying supersonic fighters surrounded by larger-than-life personalities, I felt I was living a bifurcated experience. On the one hand, I was enmeshed in the action, drinking up each moment. And on the other, as a person with storytelling woven into my DNA, I hovered over the fray as an observer.

Prose had been a part of my life long before I sat in an ejection seat for work and play. But the skills ingrained in me from two decades of planning, flying, and debriefing enhanced my fiction writing. Especially the debriefs. The debrief is the most important part of the flight. It’s where the teaching is imparted and hopefully, the lessons learned.

The day begins with the briefs, which are a necessary tedium. Dry as they may be, the briefs are nonetheless where the story begins to take shape. The desired outcomes are scripted. Objectives are articulated. In the world of writers we call it an outline. The plan is formed, shiny and perfect before the reality of effort and opposition can ruin the optimism. We’ve all heard that no plan survives first contact with the enemy.

When we write, the enemy is the empty page.

The flights and dogfights are the juice, pure adrenaline and joy in action. Where the pristine plan is put to the test under the pressure of the moment. But it turns out one doesn’t learn in the moment. Not the big lessons. The challenge is to recall every detail of the engagements once you land and the gear is doffed. To glean the minutiae from the videotape, the meanings from the radio calls, and to dredge your memory, scraping every last ounce of accuracy to fill in the gaps of the electronic devices. The tapes tell you what happened, but your memory will reveal why.

We joked that the first one to the whiteboard wins. The first person to make their way into the debriefing room and begin diagramming the engagements would be able to color the events with their slant. In a close engagement between highly competitive people, memory is surprisingly fungible. I was always amazed at how differently a single event could be interpreted by two participants. That gave me valuable insight to the power of individual perspective, and the strength of desire in affecting a discerned outcome. Characters are always convinced they are doing the right thing because, from their perspective, they are.

The process of debriefing something as chaotic and three-dimensional as a dogfight is the ultimate task of rendering action to words. It’s the art of describing, in explicit detail, what transpired in the sky so that it has meaning to the reader. The setting is crucial; where was the sun? Were there clouds? How did the plane feel as it bucked against 8Gs at 400 knots? The physical details are important as well; what knobs and buttons did the pilot manipulate while under such extreme forces? What was the probability of a kill when the trigger was squeezed?

But its the internal narrative that all debriefs boil down to.

What he or she was thinking is the determining factor that generally drives the outcome. The end result, victory or defeat, has so much more to do with what was happening between the ears than what the plane or missiles were capable of. So many times during a debrief the question is asked, “What were you thinking at this moment?” A proper debrief is a well told (ideally, but not always, accurate) story.

My flying scenes are meticulously choreographed and I approach the act of relaying them with the same process I would a debrief after dog fighting. I envision the scene from every aspect, picturing the details as I would a dogfight. From there I can pick it up and spin it about, observing the action from multiple perspectives. As I write, I first describe what is unfolding in great detail from the POV of the most impacted character. And then I cut most of it away, trying to leave just the essence of what’s exciting and important. It’s a laborious process but it helps me gain the fullest impression of all that is taking place.

My goal is to put the reader into the action with the characters, to place you in the cockpit. To feel the G forces, the texture of the switches, the frenzy of the moment. Ultimately, even the best action sequence only matters if you care about what happens to the characters. If you know them, and experience what they do, their peril and jeopardy makes the danger thrilling.

During his active duty career in the U.S. Navy, Francesco “Paco” Chierici flew A-6E Intruders and F-14A Tomcats, deployed to conflict zones from Somalia to Iraq and was stationed aboard carriers including the USS Ranger, Nimitz and Kitty Hawk. Unable to give up dogfighting, he flew the F-5 Tiger II for a further ten years as a Bandit. Throughout his military career, Paco accumulated 3,000 tactical hours, 400 carrier landings, a Southwest Asia Service Medal with Bronze Star and three Strike/Flight Air Medals. Prior to writing “Lions in the Sky”, Paco published extensively in Aviation Classics Magazine, AOPA Magazine, and Fighter Sweep, as well as creating and producing the award winning naval aviation documentary “Speed and Angels”. Currently a 737 captain, Paco can often be found in the skies above California flying a Yak-50 with a group of likeminded G-hounds to get his dogfighting fix. A graduate of Boston University, Paco lives in Northern California with his wife Hillary, and two children.

If you’d like to be kept up-to-date on Paco’s upcoming appearances (video interviews, webinars, AMAs, etc.) as well as his book updates & competitions where you can win cool prizes, enter your details below and we’ll keep you informed.

To learn more about Paco’s first novel “Lions of the Sky”, click on the cover below: 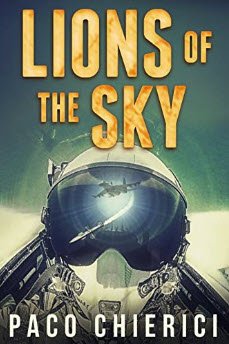