Thoughts on Radar Modes of the AWG-9

Thoughts on Radar Modes of the AWG-9 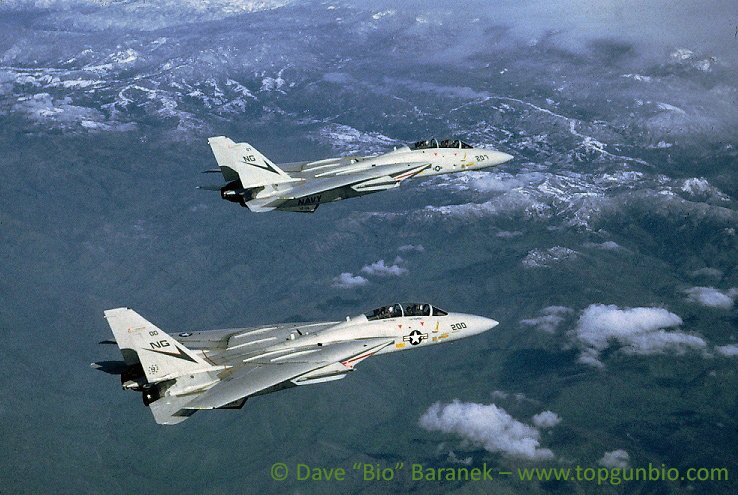 The AWG-9 radar used in the F-14A and B was a major improvement over existing fighter radars when it was introduced. Although developed in the 1960s for the F-111B, many features remained rare if not unique when the Tomcat entered service in the 1970s, such as multi-target tracking and look-down/shoot-down. Other features such as a powerful transmitter, large-diameter antenna, enormous scan volume, and automatic dogfight modes gave the AWG-9 incredible capability and versatility. On the other hand, the AWG-9 used 1960s-vintage signal processing, while newer radars used medium PRF and digital processing. (See the Note below if you want to learn a little more about categories of PRF.)

Here are some thoughts on AWG-9 radar modes when operating as a tactical fighter in the power projection role (that is, not the Maritime Air Superiority / Fleet Air Defense role). These are based on my experience as an F-14 RIO. It’s assumed that the reader is familiar with the basic modes: Pulse Search, PD Search, TWS, and RWS.

When I first got to Miramar (1980) it seemed like a lot of emphasis was put on using Pulse Search over land. This required a lot of the RIO’s attention and a lot of skill. Of course TWS was available and many RIOs used it, at least in the early stages of an intercept. TWS provided an impressive capability for the times and gave the aircrew good SA: it allowed the RIO to apply brain cells to other tasks besides tweaking the radar, and it provided a visual picture for the pilot. But when crews talked about “King Kong RIOs,” being good with Pulse Search over land was a common measure (in my perception). It’s important to remember that in the early 1980s we rarely practiced using AIM-54 Phoenix against tactical fighters; they were “reserved” for defending the carrier. So the ability of TWS to support AIM-54 launch was not one of our considerations. Bottom line: A good RIO could use Pulse Search over land to develop a good picture, and then had to verbally communicate that to his pilot and wingman. It was more difficult if the target was lower than the F-14 (look down over land), but was possible.

Thinking about “why” there was an emphasis on Pulse Search, I recall that most of the scenarios I saw in training were not as complex as we would see in later years. In addition, the Tomcat was superior to the threats we often trained to, which simulated MiG-17s and MiG-21s! Several people complained we were looking backward in time, but: (1) these were still viable threats in the early 1980s; (2) they challenged F-14 crews in a difficult arena, WVR; and (3) in just a few years we would be training against contemporary 4th-gen threats.

Once we started facing more capable threats and more complex scenarios, the RIO’s responsibility for controlling the intercept and managing the BVR fight became more important. RIOs had always been responsible for directing intercept geometry, but against a non-BVR opponent it was sometimes good-enough to get to the merge with good target aspect. In the BVR fight, of course, TWS became more important for multiple reasons such as tracking multiple groups and launching AIM-54. A problem with TWS was that it displayed a fair number of false contacts and had other anomalies that could add confusion, so the crew had to sort these out.

As for the simulated AWG-9 in DCS compared to the real AWG-9: I’ve “flown” the Heatblur F-14B a little, and can say the cockpit is very realistic. I know Heatblur spoke with several pilots and RIOs about many details, but I can’t comment on whether it has the same number of TWS false contacts – I just don’t know. I’ve seen some DCS RIOs use RWS, and if it works for them that is great. In my time, we knew about RWS (of course!) but I didn’t know any RIOs who used it. On the other hand, in the real F-14 I occasionally used PD Search, but only in limited circumstances and I don’t know if other RIOs ever used it.

NOTE: Medium PRF. According to the authoritative book Introduction to Airborne Radar by George W. Stimson (Hughes Aircraft Company, 1983), there are three categories of radar pulse repetition frequency (PRF): low, medium, and high. While some sources show a numerical value for PRF within each category, Stimson says they are NOT defined in terms of the numerical PRF value per se, but by whether the range and doppler frequencies are ambiguous. The discussion quickly becomes more complex, so I will jump to summarizing his notes on each type, as they relate to air-to-air use: