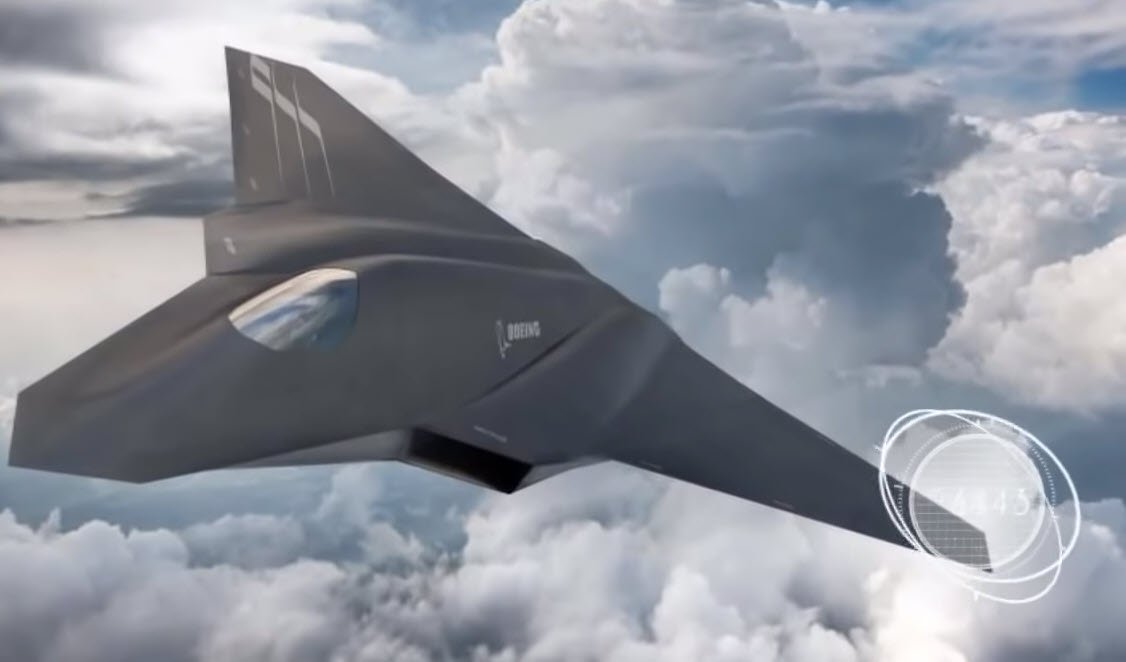 Article referenced: The Air Force’s Next (6th Generation) Great Fighter Jet Could Cost $300 Million Apiece. The project called Penetrating Counter Air (PCA) will replace the F-22 Raptor … if the Air Force can afford it, that is.

I’m gonna get some haters for this opinion, but spending this kind of money on these (so far) vaporware planes is sheer madness! By the time they get into service, they’ll be out of date and better tech will make them almost obsolete!

China has reportedly begun 6th generation fighter development, and has made important breakthroughs in designing and developing several key components, including next-generation engines. China plans to field it in the 2025-2030 time frame.

Instead, I think they’d be far better off developing made-for-purpose drones that can do the job. Aim for cheap prices, massive numbers. Think F-16 vs F-15 (the Falcon/Viper was designed to be super-cheap, highly capable, but not as mega-capable as the Eagle, and overall I think they nailed the brief there!)

Given the state of military tech in the west, it would still be a damn good plane – it just won’t have a pilot (as AI becomes more & more available & effective), which means it’s cheap to build and operate, disposable (no need to worry about losing pilots when they get shot down) and able to operate autonomously deep in enemy territory without requiring radio connection to a remote pilot or AWACS, etc.

Added to which, the sheer COST of these things is gonna be ridiculous:

The CBO estimated that the Air Force would require 414 new fighters in total. The office estimates the per-unit cost of the PCA fighter at $300 million. For comparison’s sake, the F-35A Joint Strike Fighter costs $94 million apiece at the time of publication.

When the F-35 was first conceived and the contract to build them was signed, the initial projected cost was approx USD$69 million, but that number has blown out to over $137 Million per plane over the lifetime of the program, according to the most recent GAO report!

So, you can bet your grandma’s woollen knitted socks that the PCA or F-X (whatever it’s going to be called) will end up costing a LOT more than $300 Million a piece!

I know no serious fighter pilot fan likes the idea of the man (or woman) being removed from the cockpit, but realistically, a high performing drone could pull higher g maneuvers (in dogfights), fly day and night without a rest needed (just refueling), be completely self sufficient and deadly in executing its mission!

Plus, without the requirement to have a pilot, you get a LOT of space back in the airframe to either make a smaller plane OR carry a lot more fuel and ordinance! Either option is definitely attractive to the airforce.

And that’s just the beginning of the advantages AI drones could offer the USAF.

For the doubters, it’s not just me who believes this. Check out this video from the Airforce Research Lab about AI and its impact on the mission of the airforce (and other branches of the armed services)

According to an article on news.com.au:

The war the F-35 was designed for may already be over. Instead, the future appears to belong to drones, hypersonic speeds, and artificial intelligence. And these are elements the United States Air Force wants incorporated into a new prototype test fighter, which would be “self aware”!

And this next video (albeit it computer voiceovered) talks about the new Combat Drone: XQ-58A Valkyrie already in testing by the USAF.

Yes, these are designed for the “loyal wingman program” but they are definitely a sign of things to come and will only get better as technology improves (particularly on the AI front)!

The Valkyrie went from concept to first test flight in 2.5 years, and the 76-minute inaugural flight occurred on March 5, 2019 at Yuma Proving Grounds in Arizona. The Air Force released a short 15-second video of the first flight to show it off, something that the military doesn’t do with all of its aircraft.

Also check out this PDF download from the good people at Janes, entitled “Bargain hunt: Air forces move to embrace low-cost UCAVs“. Note, this is just a preview of the full article but some really interesting stuff none the less.

So, what do you think?

Is this a crazy waste of money? Or is it necessary? And why?

Comment below and let me (and everyone else reading this) know what you think and why.