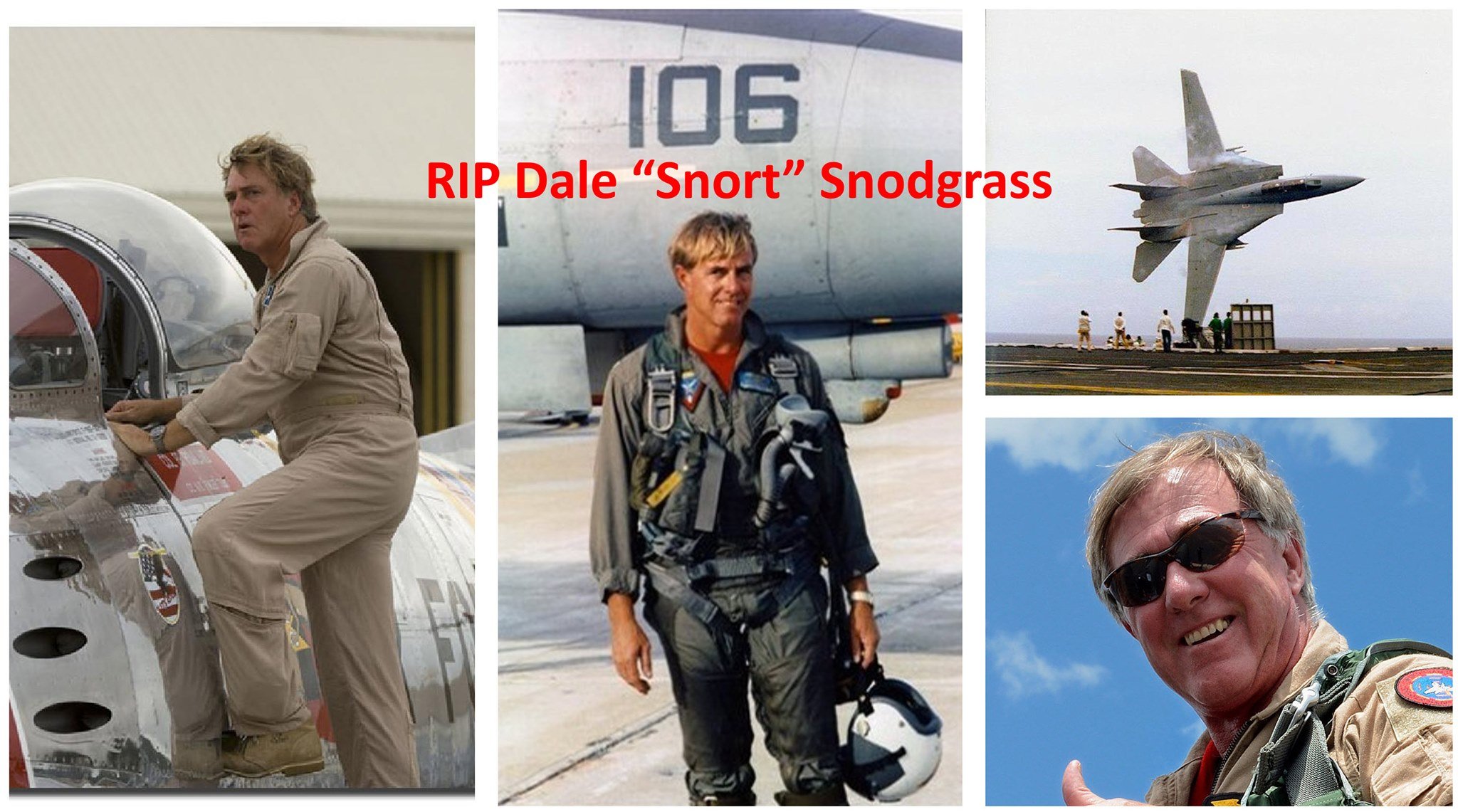 By now, most of you would know that Snort has sadly passed away due to an aviation accident.

Not only has the F-14 Tomcat community lost one of its best, but Naval Aviation (and aviation in general) have also lost a superstar.

If you don’t know much about Snort and what made him famous, then check this “resume” of his, written by Roberto Roux.

A Minute of Silence the World of Aviation Lost a Legend.

One of the first two Navy Flight School Graduates to be Selected for F-14 Tomcat Training.

Selected by Grumman Aerospace as “TOPCAT OF THE YEAR” – Best F-14 Tomcat Pilot in 1986.

Capt Snort was awarded honors including a Bronze Star for Leadership and Valor.

In September 1994 he became Commander Fighter Wing US Atlantic Fleet, Commander of (14), US Navy F-14 Tomcats Squadrons totaling over 300 aircraft and 5,000 personal until 1997.

12 years flying the Grumman F-14 Tomcat for the US Navy Tomcat Demostration Team within the airshow circuit dating from 1985 to 1997, reaching 400 military demonstration flights, this being an unprecedented record number of Demo flights representing the US Navy.

In his retirement, Capt Snodgrass would go on to fly some of the world’s most legendary aircraft on the air show circuit:

Due to his vast experience in formation flights, in 2011 he was designated the only pilot approved to fly in both the Air Force Heritage Flight Program and the Navy Legacy Flight Program, which made him in the one of only nine civilian USAF Heritage Pilots.

Famously photographed in a knife edge pass close to the USS America aircraft carrier in 1988.

At 12:11 p.m. last Saturday 24 of July 2021, a small plane crash at the Lewiston-Nez Perce County Regional Airport in Idaho, for those who knew the registration or tail number they knew it was Capt. Dale O. “Snort” Snordgrass plane a Yellow SIAI-Marchetti SM.1019 an Italian STOL liaison monoplane built for the Italian Army, and based on the Cessna O-1 Bird Dog, who was also distinguished by the Korean War era VF-33 Tarsiers patch featuring “Minky”, a Tarsier monkey in the tail of the aircraft.

The squadron called themselves at that time the “Tarsiers”, which was a fierce monkey.

In 1987, the Squadron VF-33 abandoned “Minky” and changed their name from Tarsiers to Starfighters, which was their radio callsign. The new patch featured a large star with a head-on view of a Tomcat, from January 1989 to February of 1991, Comander Snodgrass, was VF-33 Starfighters, XO/Commanding Officer.

I am honored to have met Captain Snodgrass and seen him fly the Grumman F-14 Tomcat and many other aircraft in recent years, as well as being able to capture him with my camera lens during one of his F-14 Tomcat Demo Fight.

Born in 1949, Captain Dale “Snort” Snodgrass, left this world at the age of 72 doing what he really liked to do and what he most enjoyed in his life “Flying”.

Courage and strength in this difficult moment of life for those who knew him most closely in the Tomcat Community for his distinguished and appreciative family, especially for his wife Cynthia Snodgrass, for his colleagues in his professional military carrer in the Navy, and for his civilian colleagues after his retirement and for his great friends.

The loss of this Great Pilot is the return of a Giant and Beautiful Angel who will Reinforce the Sky with his Greatness.

All my respect for you Sir.